Understandably, most of the nation’s eyes have been focused on the peaking and flattening charts showing the number of pandemic cases and deaths. Fewer seem to be paying attention to the downward path in the first-quarter economic and earnings reports that are littering the business landscape around the globe. Stocks, while back to 20% losses on some indexes on Friday, continue to hold up better than nearly anyone would have expected during a worldwide disaster that is strangling the nation’s business and the lives of so many.

It seems incredible that we can be talking about such a goal when back on March 24 investors were reeling from the more than 30% decline that had occurred in just one month. With stocks still sporting a nearly 17 times earnings PE on the S&P and over 33 on both the NASDAQ and Russell 2000 (a level not seen anywhere else in the world), the resilience of U.S. indexes seems as mind-blowing as the pandemic is frightening.

Part of the credit for the markets’ flexibility comes from the first-quarter economic and earnings reports. As I speculated in the early days of the epidemic, the numbers reported for both would probably be terrible, but if they tended to be better than expected, stocks would do better than expected as well.

With only 200 firms reporting, earnings reports have so far generally beaten analyst expectations, although only barely (52% rate) and not at the level we have come to expect from recent quarters. Fortunately, sales reports have been much better, beating at a 60% rate, better than what we have seen of late.

Still, the market has been generous, greeting earnings reports with enthusiasm when they were better than predicted and giving companies a pass when they failed to make the grade. With 700 companies reporting this week, including the world’s five biggest, we will soon see whether this generous attitude persists on a wider sample.

It’s been the same with the economic reports. While the absolute numbers have been horrific, they have been better than economists’ expectations. Last week, 12 of the 17 reports did better than forecasts predicted.

Additional credit must go to the mammoth response by legislatures and central banks around the world. Stimulus measures, led by some $8 trillion from the U.S., have exploded from seemingly every country around the world. 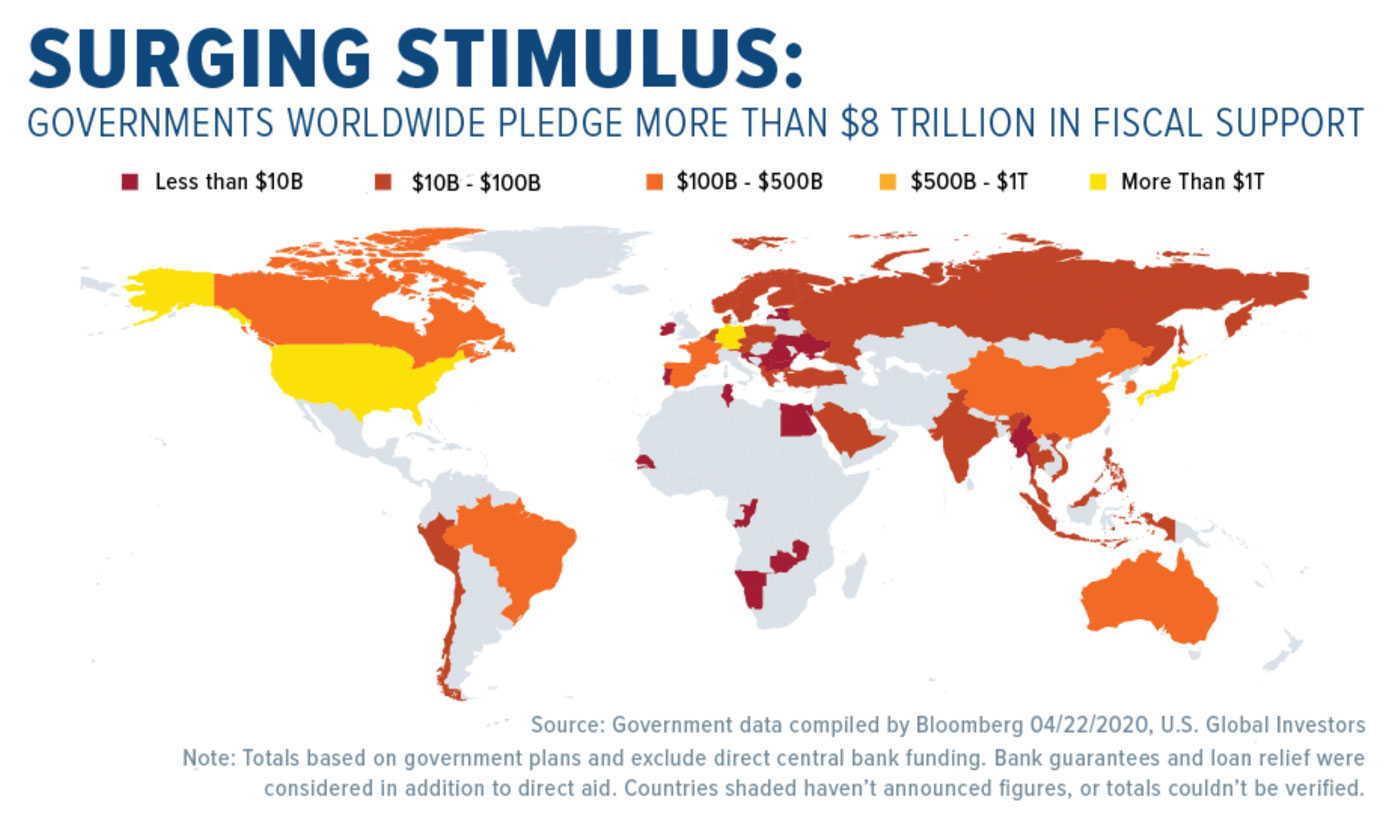 Still, when the first-quarter report on the U.S. gross domestic product (GDP) is made public on Wednesday (4/29), economists expect to see it fall at an annual rate of 3.5%. And the Congressional Budget Office believes it could fall 5.6% for all of 2020.

Each week here at Flexible Plan, we report on our Market Regime indicators, one of which is our Growth and Inflation measure. Currently, it shows that we are in a Normal economic environment (meaning a positive inflation rate and positive GDP).

On Wednesday, that reading will change. With a falling GDP, the indicator will have to shift to either Stagflation (falling GDP and rising cost of living) or a Deflation reading. Neither is good for stocks, but Stagflation is preferred over Deflation. Our Volatility composite (gold, bond, and stock market) has already changed (noted last week) and is now showing a High and Falling reading.

With all of the stimulus mentioned above and the incredible expansion of the Federal Reserve’s funding here in the U.S., even the record-low levels of oil prices probably can’t stave off future inflation. 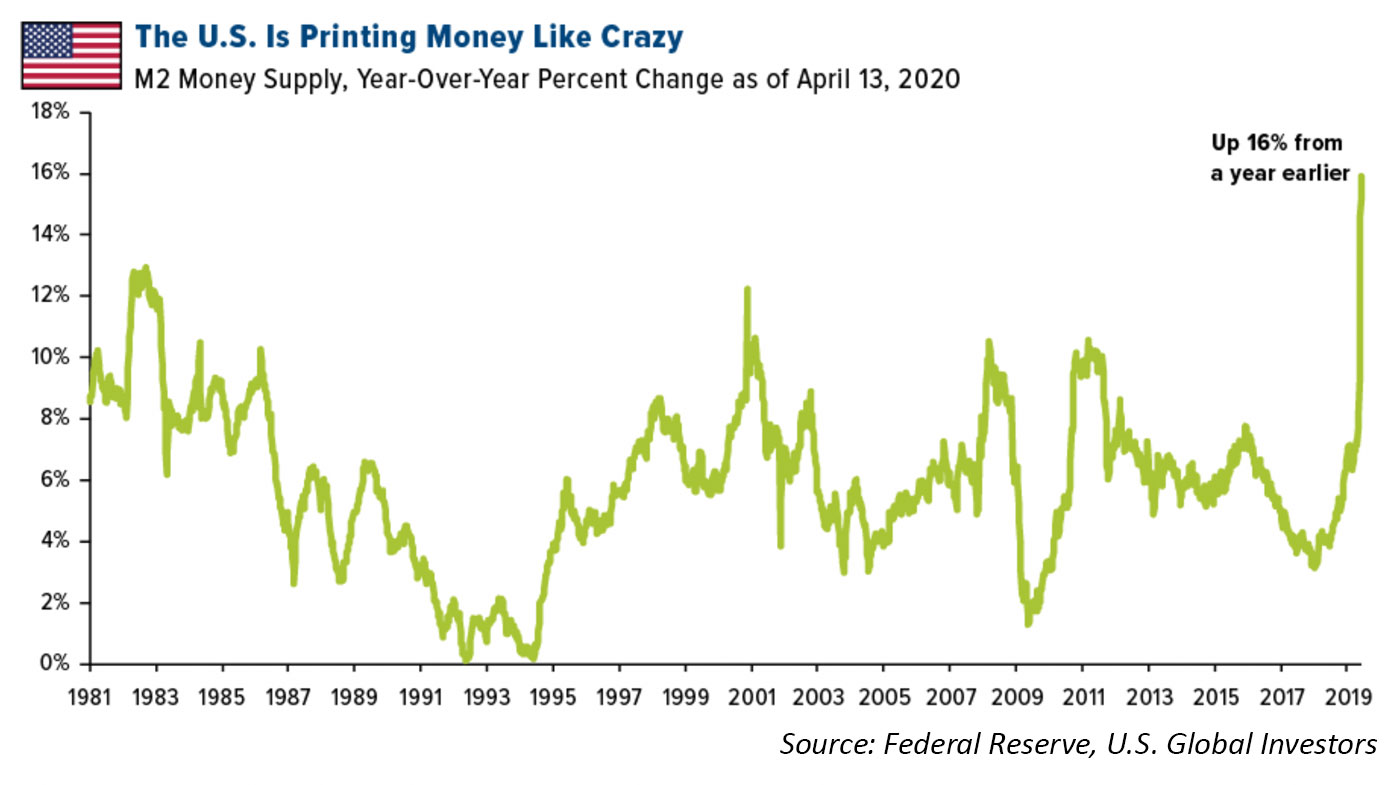 Stagflation and High and Falling Volatility readings are the very best regime stages for gold. They are both relatively rare regime stages, with the former only occurring about 9% of the time and the latter just 13%.

Bank of America issued a new report on gold last week. For many of the same reasons we are so bullish on the yellow metal, they issued a forecast of $3,000 per ounce for gold this year!

As you may be aware, many of our best-performing strategies make use of gold in our portfolios. And, of course, we are subadvisor of the U.S.’s only mutual fund that seeks to track the daily price changes in the precious metal—The Gold Bullion Strategy Fund (QGLDX).

The historical evidence reflecting on the short-term condition of the market seems to be pointing to a period of short-term weakness to come (perhaps until the end of May when seasonality turns more positive). But it also labels the current market one with longer-term opportunity.

Still, the short-term technical trend indicators I monitor remain positive. Our longer-term measures continue to register this as a bear market or at best a sideways one.

Sentiment has to be considered bullish. The American Association of Individual Investors (AAII) sentiment indicators are near the low end of the bullish phase, while bearish sentiment has now topped 50% and is more than double the rate of the bullish number. Again, this is intermediate-term bullish in almost every past occurrence!

Our short-term-oriented QFC S&P Pattern Recognition strategy’s equity exposure was briefly exposed to the market but now has returned to a 0% equity exposure.

Our intermediate-term tactical strategies remain mixed: The Volatility Adjusted NASDAQ (VAN) strategy remains in inverse funds with a negative 40% exposure to the NASDAQ, Systematic Advantage (SA) is 93% exposed to equities, Classic is in a fully invested position, and our Self-adjusting Trend Following (STF) strategy is back to 100% invested. VAN, SA, and STF can all employ leverage—hence the investment positions may at times be more than 100%.

All the best, and wishing you health and safety in these trying times,