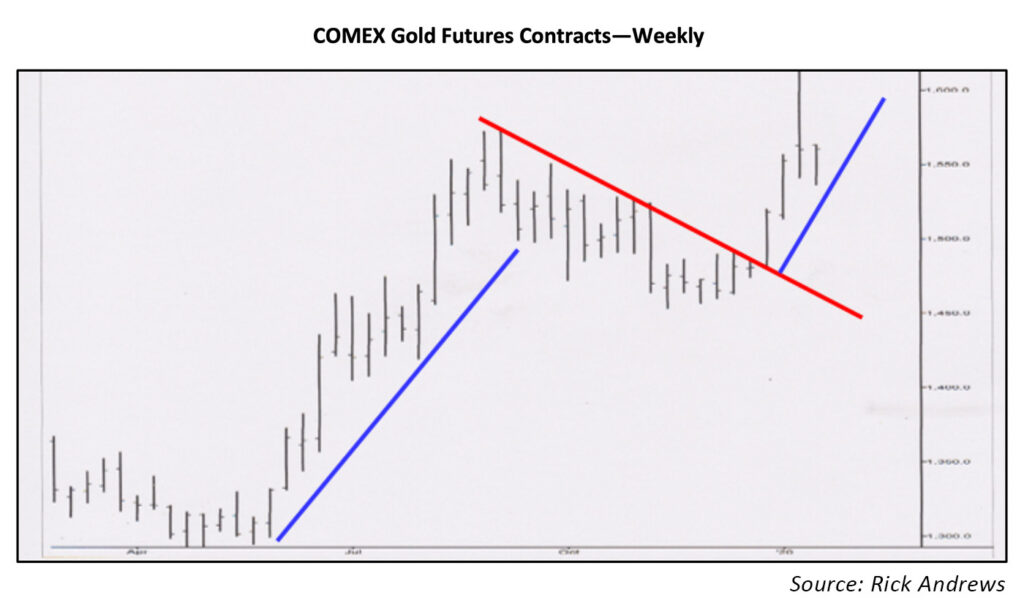 Despite the steep rise in gold prices during this second stage, many investment managers see more problems developing with the equity market’s sharp rise.

According to the Financial Times, Greg Jensen, co-CIO of Bridgewater Associates, warned the group was “‘more cautious’ on US stocks, describing them as ‘frothy.’” Jensen added that “most of the world is long equity markets in pretty extreme situations.”

Jensen says gold could “surge to a record high above $2,000 an ounce as central banks embrace higher inflation and political uncertainties increase,” reports the Financial Times, saying Jensen believes the Fed would “let inflation run hot for a while and ‘there will no longer be an attempt by any of the developed world’s major central banks to normalise interest rates. That’s a big deal.’”

Jensen also says Bridgewater anticipates seeing even more “political turbulence on multiple fronts” and that “against that backdrop, … gold prices, now trading at about $1,550 an ounce, could gain 30 per cent and should be considered as a cornerstone of investors’ portfolios.”