Gold may be on its way to new all-time highs 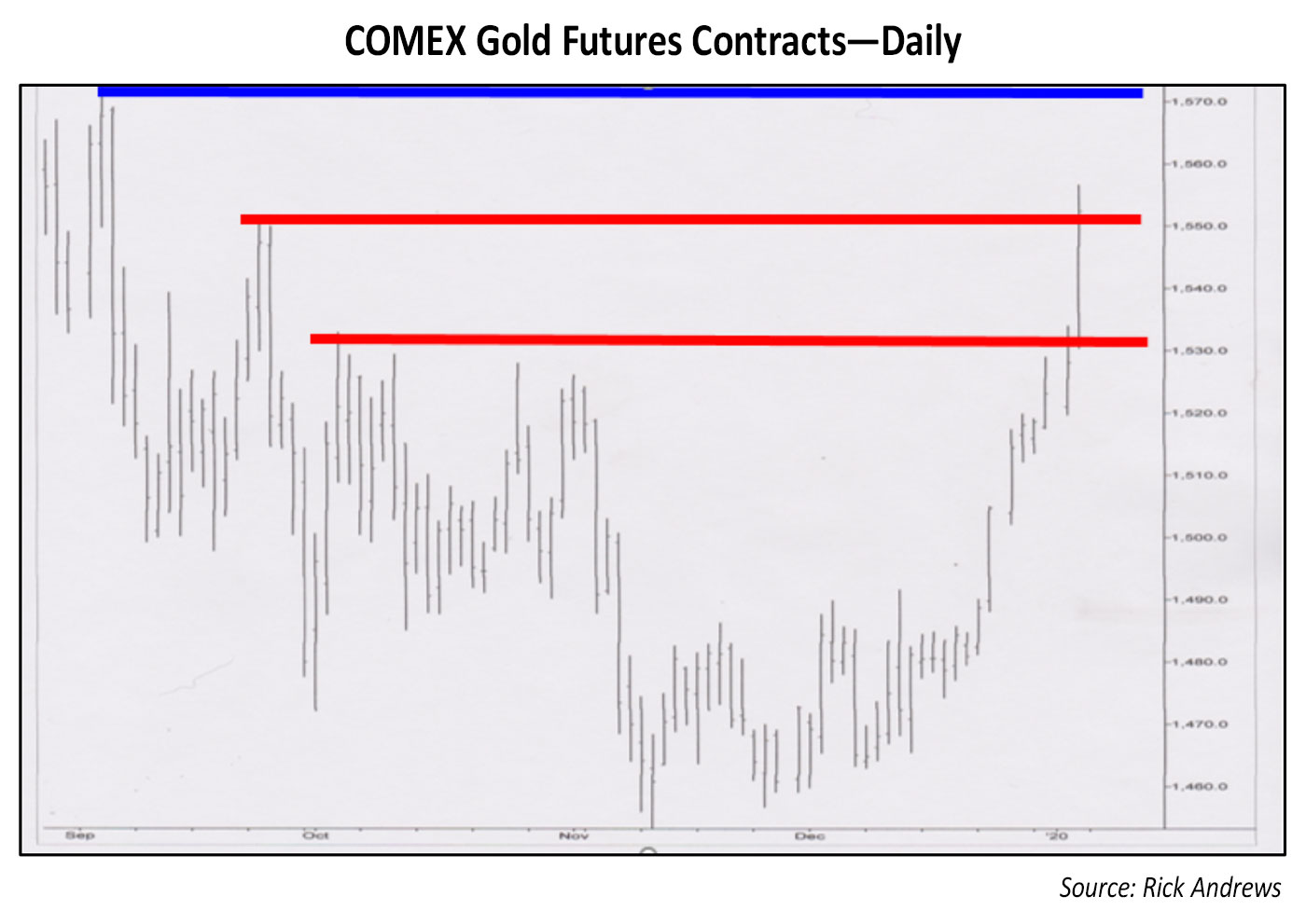 The immediate catalyst for the increase in gold prices was the drone killing of a top Iranian general ordered by the Trump administration. This raised immediate concerns about a possible war between the two countries, causing investors to seek gold’s “safe-haven” feature.

This phase of increasing gold prices could test last year’s previous high of $1,571.29 per ounce, which was set last September.

Barron’s reports that gold prices may hit all-time highs in the final stages of this ride:

“‘If we think about it in percentage terms, to imagine gold making a new all-time high sometime in 2020 doesn’t seem like such a stretch,’ says John Roque, a technical analyst with Wolfe Research in New York City. …