It’s not a question of if …

Every fan has seen it: The game is on the line, someone goes down on a mediocre play, and the next thing you know your team’s star player is heading for the bench.

We see this every week in the NFL.

That’s definitely been the case here in Detroit. Matthew Stafford had been a quarterback upon who you could depend. He’d started 136 games in a row, the second-longest playing streak of any of the current batch of quarterbacks.

Yet three weeks ago, Matthew was sidelined by broken bones in his back. He did not start the game and is out for the indefinite future.

Unfortunately, that’s how these things go. One minute, the probabilities are on your side. It’s all good. Then, out of the blue, what was good turns bad.

And, it’s not a question of if but when. Sooner or later, what is now the longest bull market in history will come to an end. And that will cause injuries to most investor portfolios.

But that doesn’t mean investors need to be knocked out for the season.

There are steps that every investor can take to prevent being forced to sit on the bench and miss the opportunities that stocks can deliver. As in football, preventive measures can help.

Today’s player knows that preparation is essential. Increased emphasis on physical training and diet can mean not only better performance in the field but also quicker recovery when the next injury happens.

So it is for investors. They can prepare. They can diversify their portfolios rather than concentrating investments in this year’s top performers on the field.

However, to be diversified requires more than the conventional wisdom of the Wall Street crowd. A general portfolio of assets drawn simply from various markets has been proven not to work as intended.

Instead, investors must diversify more specifically into assets that have a history of performing well in crisis regimes. Historically, that means not just stocks but also gold, bonds, and alternative investments.

“But they don’t do as well when stocks are soaring,” you say. To which I reply, “Exactly!” Unless you are a market timer, your portfolio cannot provide support when the market is injured if it only has investments that track stocks when they are rallying.

Investors also need to employ different strategies in their portfolios, rather than just “buy and hold.” Many of these strategies fit into the definition of alternatives. Few act in the same manner as stocks, especially during crises, when buy-and-hold strategies are most helpless.

And yes, tactical, market-timing strategies are especially appropriate for this alternative category. No, they are not going to get you out at the top. Most are trend-following strategies, which will get you out only after the market has topped out.

But what’s important is that most dynamic, risk-managed strategies will mitigate the injury. That’s what most of our investors have experienced through the market downturns of 1987, 1990, 2000, and 2008.

Furthermore, as my Journal of Investing article, “Why Market Timing Works,” demonstrated years ago, the time to recover after a downturn is reduced by taking preventive measures employed by dynamic risk management. In other words, these investors will have less time on the bench and more time in the game.

Finally, it’s important to remember how NFL injuries can be different from stock market injuries. With the former, a good dose of rehab can put the player back on his feet before the season is over. But a 70%-plus loss like those experienced by technology stocks in the crashes of 2000–2003 and 2007–2008 can put you out of the game for life. Rehab or surgery is not an option.

The only option is to prepare for the inevitable injury in advance. After all, it’s not a question of if—it’s a matter of when.

Despite it being a holiday-shortened week, we had a wide array of significant economic reports. After the week concluded, it appeared that the economic news was mostly bullish.

On the plus side: The latest and last estimate of third-quarter annualized GDP showed a growth rate of 2.1% versus the 1.9% previously reported. Applications for unemployment benefits fell sharply, and durable goods orders that were down in the last report unexpectedly surged 0.6% higher this month.

On the flip side: Consumer confidence fell for the fourth month in a row, and U.S. personal income was flat for the latest reporting period (although personal spending did rise in line with expectations).

We have been reporting that there have been few signs of inflation heating up, which supports the Federal Reserve’s “easy money” stance. As further confirmation, the American Farm Bureau Federation (AFBF) in its most recent survey of the cost of hosting a Thanksgiving dinner for 10 found that the total cost was effectively flat compared to last year. 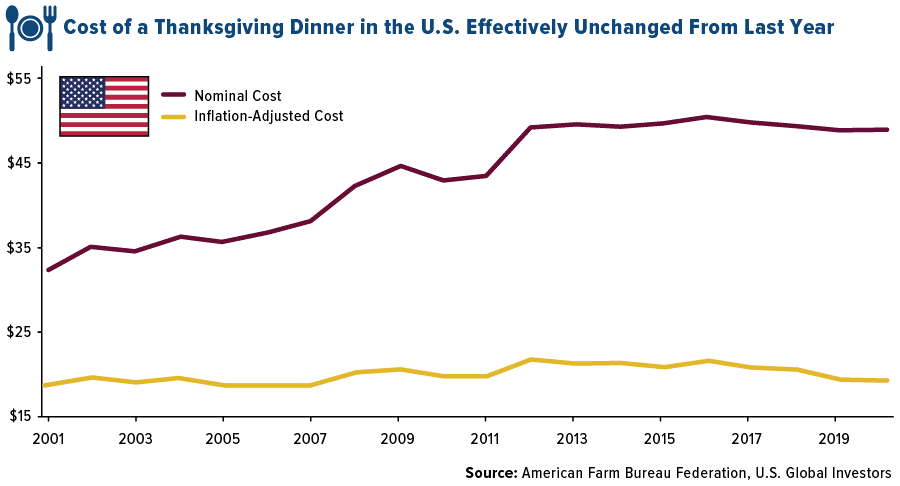 In another announcement consistent with the holiday season, the leading retail trade group proclaimed that it expects sales in November and December to increase as much as 4.2% over last year, for a total potential holiday-inspired value of $730.7 billion. Online sales on Black Friday were the highest ever at $7.4 billion, and Cyber Monday was expected to set still another record at $9.4 billion. These numbers don’t seem consistent with the recession warnings we were hearing earlier this year.

On balance, these economic reports are consistent with most short-term patterns, and certainly market seasonality around the Christmas and New Year holidays suggests a continuation of the rally.

However, as I remarked last week, our Political Seasonality Index (PSI) is currently suggesting that this Monday (12/2), as well as the mid-December swoon before the Santa Claus rally beginning on December 4 this year, will likely bring some short-term weakness to stocks before we close out the year. (Our Political Seasonality Index is available post-login in our Solution Selector under the Domestic Tactical Equity category.)

FPI intermediate-term tactical strategies are positively situated: While the Volatility Adjusted NASDAQ strategy has backed off its investment position to 120%, Classic continues to be fully invested, and our Self-adjusting Trend Following strategy remains at 200% invested.

Short-term indicators have returned to a positive posture. Our QFC S&P Pattern Recognition strategy has continued to be 80% in stocks.

Among the Flexible Plan Market Regime indicators, our Growth and Inflation measure continues to show that we are in a Normal economic environment (meaning a positive inflation rate and positive GDP). Our Volatility composite (gold, bond, and stock market) is showing a Low and Falling reading, which favors stocks and then gold over bonds—although all have positive returns in this regime stage. Gold has the largest historical drawdown of the three, resulting in the lowest risk-adjusted return. With a big increase in the volatility index on Monday (12/2), we will need to watch this measure closely for a change in this regime.

I continue to believe that although a downturn may occur in the remainder of the first half of December, most evidence supports a rally through the end of the year.

I hope all of our readers had a chance to spend quality family time over the Thanksgiving holiday and are now ready for the hectic shopping days of December. 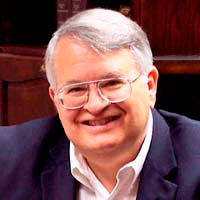