Welcome to our active management update on the market

Gold bullion drifted lower last week, continuing its short-term downtrend that has followed the early September high. This modest, short-term downtrend in gold has been accompanied by a sideways pattern in bonds and stocks. For the past 12 months, we have seen a rising price pattern in all three of the major asset classes shown in the following chart. What is also interesting is that despite the rise in the S&P 500 in the first half of the year, both gold and government bonds have outperformed stocks over the past year.

For the strategically diversified portfolios we create at Flexible Plan Investments, having all three asset classes perform well at the same time bolsters the return contribution of the core portion of the portfolio. Also illustrated in the following graph is the role the multiple asset classes play in reducing both risk and volatility. Notice the declines in the S&P 500 that took place in late 2018 and in August 2019. During both of those periods of declining stock prices, both gold and government bonds rose in price, reducing the impact of falling stock prices. 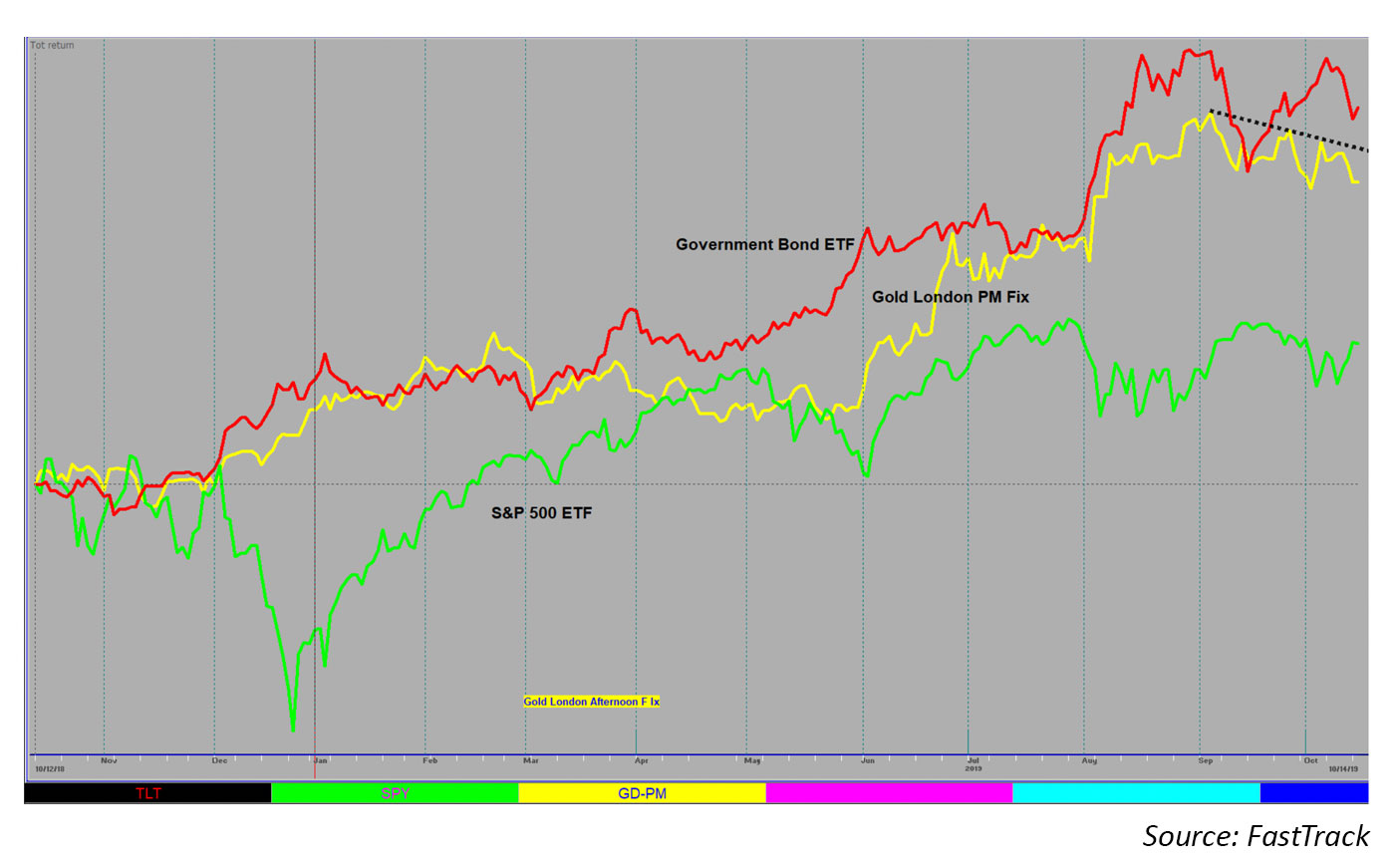