What are some investing lessons of the 21st century? 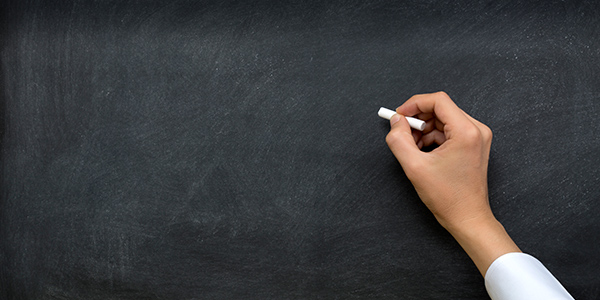 One of my colleagues suggested that I write an article this week taking on the question, “What have we learned since the Great Recession?”

However, I think the financial press has flooded the media with similar themes this past week, “celebrating” how far markets have come since March 9, 2009. On that date, the S&P 500 bottomed out with a closing level of 676.53.

Here are a few examples of what we know from this coverage:

The Congressional Budget Office said in January, “Real GDP is projected to grow by 2.3 percent in 2019—down from 3.1 percent in 2018—as the effects of the 2017 tax act on the growth of business investment wane and federal purchases, as projected under current law, decline sharply in the fourth quarter of 2019.” 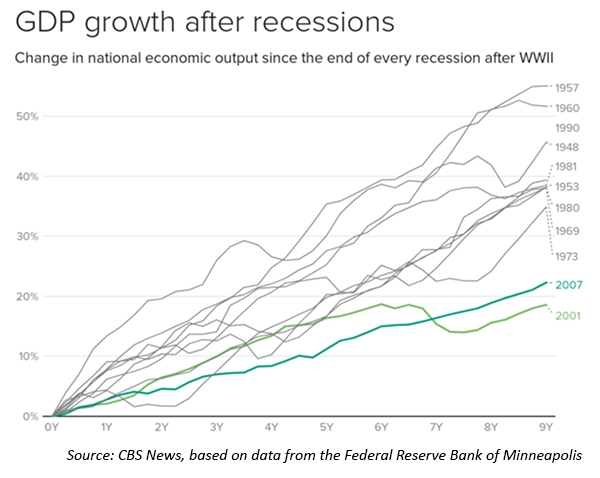 So we understand these data points, and a lot more, as financial analysts have sliced and diced this bull market in every way imaginable.

I would rather reframe the question to “What do I think are some important investment lessons since the beginning of the 21st century?”

First of all, I think it is far more relevant to look back over a period that has had two full market cycles, rather than just the bull market since 2009. Second, I would not want to answer for everybody, using the presumptive “we,” since rarely can anyone agree on either history or investing!

Therefore, here is a brief sampling of what I think I have learned over the past 19 years:

Please see two related articles from Proactive Advisor Magazine if you are interested in further discussion of these issues: “‘Buy and hope’ investing versus active management” and “Why goals-based investing makes sense.”

An article by Jerry Wagner, originally published in this column and republished in Proactive Advisor Magazine, discusses various risk considerations for investors, “What is risk really all about?”

The bottom line? Let’s all appreciate the long-running bull market and hope it continues for quite some time. But let’s not forget the other investing lessons of the 21st century. History tells us it is not a matter of if we will ever have another bear market, but when. Perhaps more than ever, financial advisers and investors would be wise to continue to place a heavy emphasis on risk management for investment portfolios.

U.S. equities markets fell about 2% last week, posting their largest weekly losses of the year. The S&P 500 dropped 2.2%. Analysts cited concerns over global growth, heightened by pessimistic reports out of China and Europe last week. Data out of China showed its exports fell over 20% percent from the prior year, well below analyst expectations. The European Central Bank (ECB) cut growth forecasts and announced a new round of policy stimulus. On Friday, the U.S. Labor Department reported nonfarm payrolls increased by just 20,000, even as the unemployment rate fell to 3.8%.

Bespoke Investment Group also points to technical resistance for the S&P 500, saying, “We pay attention to technicals very closely, and the last week shows why they work. … 2816 is the line in the sand that dates back to the failed rallies of October and November. … The current selloff really is a purely technical one. …” 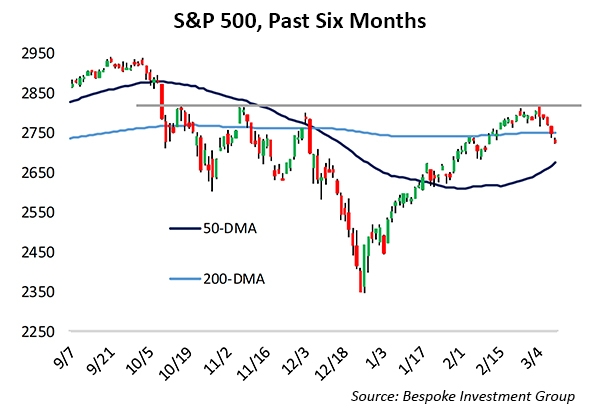 Last week was challenging for equities. Our best-performing strategies last week were typically bond strategies (with some exceptions), as bonds were up for the week. Government Income Tactical was our best performer, rising 0.73%, slightly beating aggregate bonds. All-Weather Dynamic—Leveraged came in second, as gold was also up for the week, acting as a safe haven, particularly on Friday.

Some of our strategies struggled last week, though their equity exposure has been positive for the year. WP Aggressive and Evolution Plus Aggressive both fell nearly 5%, highlighting the aggressive quality of these strategies that comes with their overall higher returns in the long term.