Welcome to our active management update on the market

Yesterday (1/3) was an odd day in the markets. On a given day that finds stocks down 2.5% or more, it would be normal for there to be something like 600 advancing stocks and 2,400 declining stocks on the New York Stock Exchange, for a difference of 1,800 net declining on the day. But yesterday there were twice that many advancing, leaving the net declining number at just 500. This suggests that the majority of the selling was in high-priced and large-cap companies listed on the major exchanges.

This is supported by the fact that the Russell 2000, a small-cap index, was the best-performing major index yesterday. To stretch this a bit further, high-yield bonds were flat to higher on the day and emerging markets performed in line with U.S. small-cap stocks.

We won’t know for some time if this is meaningful, but it would not surprise me if several months from now we look back at market inconsistencies like this as having been telltale signs that the correction was nearing an end. But regardless of whether we are higher or lower in a few months, our investment strategies will remain objective, doing what they were programmed to do.

The following graphics illustrate why we incorporate all three liquid asset classes into strategically diversified portfolios. While money was leaving equities yesterday, it was moving into both bonds and gold. This is true of the decline in stocks since the September high. It is also why our core strategies have exposure to all three asset classes. 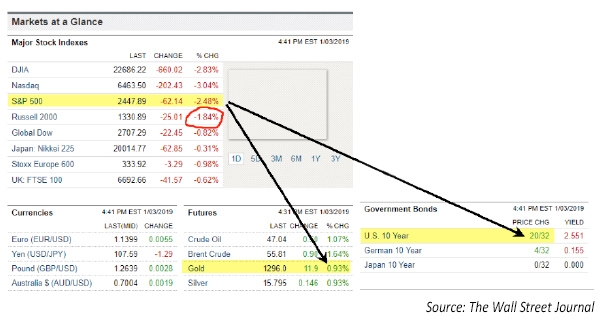 The following graph is a total return, daily basis graph covering the period from 10/2/18 through 1/3/19. 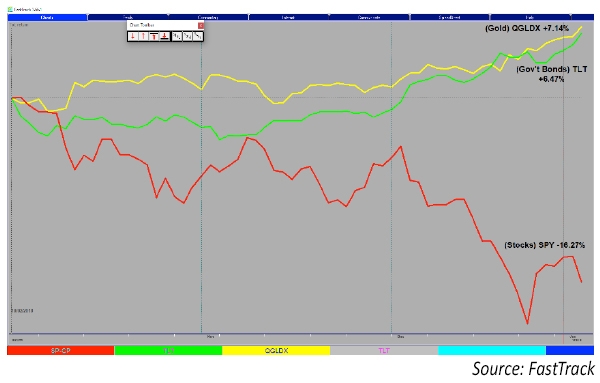 Corrections can create important opportunities. The importance of a strategically diversified portfolio that contains core and satellite investment strategies is reinforced at times like this. During corrections and in bear markets, investors are sometimes anxious to make changes out of fear. Often those reactive changes are not beneficial in the long run. Individual strategies are not immune to sharp market breaks like we have experienced, but they have been tested through similar periods. Well-constructed portfolios will endure and persist.

The following graphs present an updated view of the recent three-month decline and comparable (and memorable) three-month declines in the past. In the declines of 2011 and 1990, I have shown the S&P 500 performance for about 12 months following the correction (from top to bottom: 2018, 2011, and 1990). This is not to say the most recent decline will conclude in the same way, but we should not be terribly surprised if it does. 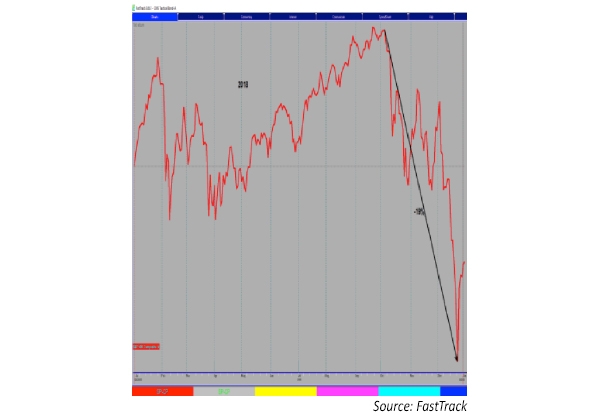 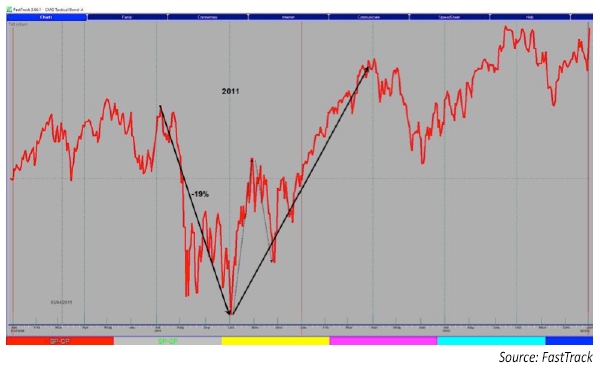 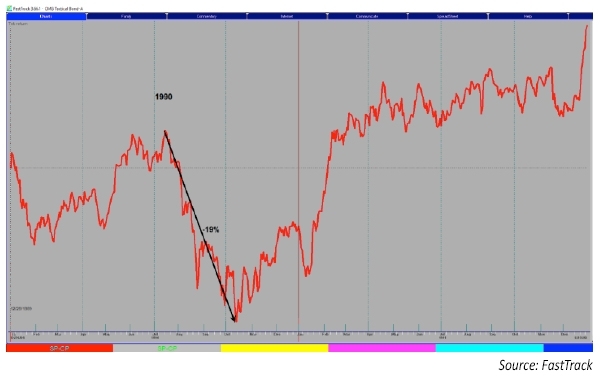