Watching out for risk 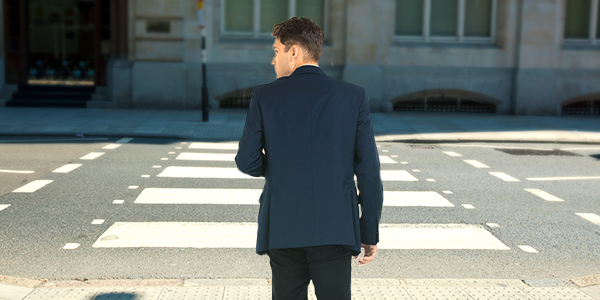 Whether we realize it or not, we are constantly assessing and moderating risk: When and how would it be safest to cross this busy street? Is this company’s website secure enough for me to hand over my credit card information? Should I purchase this produce from the grocery store even though the news says some of it may be contaminated? Yet, when it comes to our investments, some people seem to turn off this ability to assess risk, preferring instead to make use of “set it and forget it” index funds that track the movement of potentially volatile market indexes.

It seems counterintuitive. Passive investors are no strangers to assessing and moderating risk. When driving down even a quiet, neighborhood street, they wouldn’t think twice about checking their mirrors or slowing down in case an animal or child darts out into the road. When it comes to their investments, however, no one’s at the wheel—even when the market becomes dangerously bumpy.

Risk management is at the heart of what we do at Flexible Plan Investments. While no one can eliminate risk entirely, we know how important it is to try to minimize and manage not only the actual but also the potential risks that might arise in markets in the future.

Since February’s turbulence in the stock market, the concept of risk management has re-entered the financial conversation. In the 13 months prior, the market was on a steady path upward. Any retracements were small and fleeting. Risk management wasn’t much of a conversation in the financial news during that time. It wasn’t a topic of concern for individual investors either. Now, after a more than 10% drawdown and 100% spike in short-term stock volatility, the need for risk management is becoming very real. But will investors seek it out before hitting the next bump in the road?

China and the United States have given some relief to global trade spheres, as it appears tariffs will be placed on hold leading up to a summit between the United States and North Korea. A different tone may approach as talks between leaders Kim Jong Un and Donald Trump begin, especially now that China has such a vested interest.

Yield on the 10-year Treasury note has paused in a recent rally pushing it above seven-year highs. Bond prices, which tend to move inversely to yields, have declined, implying a decreased demand for safe-haven assets. This is good news for stocks.

Tax reform in the United States and heightened spending, grouped with low inflation numbers, have provided U.S. corporations with elevated revenues and profits and have freed up liquidity to be used for such shareholder-accretive actions as dividend payments and share buybacks. Merger and acquisition activity has risen, namely General Electric’s decision to merge its transportation unit with Wabtec Corp.’s, bringing light to a company whose stock has been battered for the last year. Several companies have announced similar actions, signaling an optimism of corporations. Earnings reporting season for the first quarter of 2018 has certainly been a fruitful one.

Our strategies have begun easing off the defensive measures employed a few weeks prior, telling us our systems are signaling a more optimistic, yet still cautious, tone. Our Self-adjusting Trend Following strategy and our Classic strategy have both increased their market exposures.

However, we are not easing up on our assessments of the markets and our analysis of risks. We continue to work diligently to assess, manage, and reduce risks, and to provide investors with solutions to do so as well.